Over the Easter holidays, Portland and 3 mini-Portlands took a trip over from Hull to Rotterdam for a short break in the Netherlands. Not for us, the beauties of the tulip fields, the stunning architecture of Amsterdam or the world-class art museums. No sir, clearly our priority was to explore Rotterdam’s Europoort!

To travel the 40km from the mouth of the Rhine (Nieuwe Mass) to the centre of Rotterdam is akin to visiting some kind of industrial wonderland and really has to be seen to be believed – no written description can ever do justice to the sheer scale of the place. Here is Europe’s largest container port, cheek by jowl with oil processing, steel works, power stations and every possible mode of transport going. As you drive inland, sometimes it feels that there are more barges travelling down the Rhine than there are vehicles on the road. Add to that the Freight trains that pass every 5 minutes, more wind turbines than you can shake a stick at, tunnels, bridges and concrete causeways in every direction, and you have one of the most exciting, vibrant industrial areas on the planet (see photos attached).

At the absolute core of all this industriousness is Rotterdam’s oil and petrochemical sector. The port on its own has more refineries than the whole of the UK and as you drive along the main drag into the city, you are accosted left and right by these cathedrals of oil processing. In addition to the refineries, there are almost 40 chemical facilities (manufacturing over 20% of Europe’s total chemical production) and with the development of alternative fuels, there are now several new biofuels and biomass production units, complementing “old-school” oil.

From its inception as a “Chamber” of the Dutch East India Company, Rotterdam has always been about international trade, so indigenous production only actually tells one part of the City’s story. In fact, it is the import and export side of Rotterdam that contributes to its long-held status as the largest port in Europe and 3rd largest port in the world (Shanghai holds the title for global No 1, followed by Singapore). In 2018, a total of 470m tonnes of product was moved in and out of Rotterdam, via 30,000 sea-going vessel movements (that’s over 80 ships a day!). 15% of this total volume was bulk movements (circa 70m tonnes of coal, ore, grain and biomass) and 35% was container traffic (around 40,000 containers loaded and unloaded every day!).

The remainder of the volume was liquid cargo (oil and oil related products) and to cater for this, the Port of Rotterdam has more than 2,000 storage tanks, providing an incredible 23bn litres of oil storage capacity. If the oil is not being stored ready for export around the world, it is awaiting import inland and whilst much imported volume travels by rail or truck, by far the most common form of movement is by inland waterway. There are up to 7,000 oil barge movements in Rotterdam every month, of which about 20% serve the port itself, with the remainder heading into the heart of Europe via the river Rhine.

The magnitude of operations is not only mind boggling, but also a testimony to man’s invention and innovation. Team Portland (Junior Division) were understandably keen to get on with the more standard Dutch tourist fare of bikes, canals and pancakes, but the industry and energy of Rotterdam Port truly makes it a modern wonder of the world. And as most Rotterdammers are keen to point out, it was their city rather than Amsterdam, that made the Netherlands the global economic powerhouse that it is today. And the port’s continued success is fundamental to Holland’s high standard of living and unsurpassed prosperity.

No surprise then, that the Port of Rotterdam directly supports almost 400,000 jobs, many of which are well-paid and skilled manual occupations. This is an employment achievement that few developed cities can match and helps generate the kind of balanced economy that sets the Netherlands apart from most of Europe. It also begs the question whether the coming green energy revolution can provide as many jobs for Rotterdam, as the current state of affairs? Just visit any post-industrial city in Europe or North America, to see the social impact on communities which have seen blue collar jobs disappear – in the transition from old to new – but with little provision for alternative employment. It is not simply a case of reducing CO2 emissions. Instead it is a delicate balancing act between a move away from fossil fuels, which also factors in jobs, communities and ongoing economic stability. 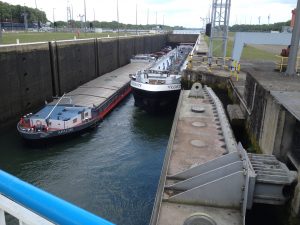 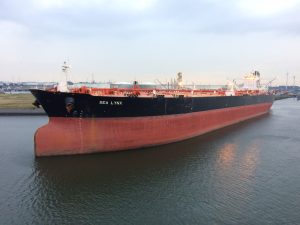